“I’m sorry. I can’t hear you. I’ve been physically abused in the ear!” ~Billy Madison

Last school year, I volunteered to be a room parent in my son’s classroom.  For anyone who knows me, this is a rather large departure from type.

I’m the kind of mom who will donate money and supplies and muffins from a fancy bakery and tell everyone I made them, but I’m not the room-mom type; the type who can fundraise like nobody’s business and who can devise an art museum quality craft using nothing but a pipe cleaner, multi-colored pom-pom’s and a used tissue.

But, I had decided that I wanted to start coming from a place of saying YES to things I would have normally said, “No f’ing way.”  Just like Shonda Rimes.

Actually, no.  I don’t know what I was thinking.  Sometimes my mouth just writes checks my ass can’t cash.  I have no idea why.

All I know, is that I found myself writing my name on the sign-up sheet outside the classroom on Back to School night, while the other, apparently wiser, moms pretended they didn’t see it.

For the most part, I enjoyed my role as a room parent.  The job gave me the inside scoop about events and activities occurring both in the classroom and at the school in general.

I got some extra face time with my son’s teachers, who I came to truly adore and admire and we’ve developed a nice friendship.

I also made a mom friend in my co-room-parent, Martha Stewart, who is definitely a room-mom type.  If it weren’t for Martha, I , most definitely would have, lost my shit after the first classroom holiday party.

I also liked getting to know the kids.  They were a lot of fun….when they weren’t picking their noses and then asking to holding my hand….or, telling me all about how they had pooped “something green and frowed-up” that very morning, right before sneezing in my face.

What I did not enjoy, were most of their parents, who whined and complained and made shit hard….

I’m not sure if the LOL was meant to make this person sound more or less like an asshole, but either way….

It’s not that I had a problem sharing information about what was purchased with donated money.  In fact, Martha and I sent out an update after every event that generally went something like: “Thank you parents for your donations!  The money was used to make this thing out of popsicle sticks and bandaids and look how much fun the kids had!  See the attached 427 pictures we took!”

But a detailed Excel spreadsheet?  After we’d spent literally hours organizing and preparing and then helping to facilitate these activities?

Which by the way, almost always cost substantially more than the total requested?

No.  Not going to happen.

Also, if I was devising a plan to embezzle money from other parents, I’d be asking for a lot more than $1 per kid.

With 22 kids in the class and a co-conspirator to pay off, $11 isn’t even enough to buy breakfast at Starbucks.

If I’m going to become embroiled in scandal, it’s going to be for something huge.  Like, perhaps, smacking a certain parent with a sack full of $22 in quarters.

2.  The “shouldn’t my tax dollars be paying for this?” parents.

Honestly, these people irritate the hell out of me.  They are always the folks who take to the community Facebook page to post things like, “There is a dusting of snow on the road and I haven’t seen a plow truck yet this morning.  Aren’t our tax dollars paying for this?”

“It’s January 2nd and the Christmas lights and wreaths are still up in town square, don’t our tax dollars pay for someone to remove them?”  (True story….someone actually posted this last winter.)  #FirstWorldProblemsMuch

If you believe that our tax dollars aren’t being managed appropriately, go to a town budget meeting, or a school board budget meeting.  Or, better yet, run for a town political position.  DO SOMETHING, other than bitch about it.

Because, I don’t want to hear it.

I’m just a volunteer trying to gather enough beaded necklaces and plastic maracas from the dollar store to stuff into a taco shaped piñata I spent thirty dollars on….out of my own pocket….because apparently no one thought to add a line item for a Cinco de Mayo party to the school budget.

I guess they were just too focused on funding those three brand new schools with state of the art technology centers and athletic facilities….along with the gazillion enrichment programs our kids have access to, like foreign language classes beginning in Kindergarten and fully funded field trips.

Really?  Is this still a thing?  This whole, parent vs. parent battle where we attempt to one-up and out-martyr each other in the ultimate contest of who is the better parent?

I have been a full time, big corporate job having mom, a stay-at-home mom and a combination of the two.  And you know what?  It’s all hard AF.  For different reasons and similar reasons that are big and little and complicated and full of conflicted and messy feelings.

But, thank you.  Thank you for the unnecessary reminder that you are employed. 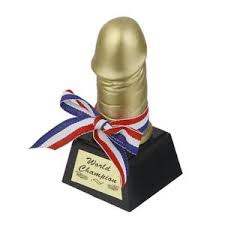 4.  The “We’re saving for our next trip to Disney and trying to curb unnecessary spending” parents.

So….was I to assume that these children would not be participating in the Valentine’s Day party?

5.  The “Oops, I know it’s the morning of and I signed up to send in (insert everything from all the paper products and cutlery, to half the supplies needed for a project) but I forgot” parents.

Want to know how easy it is to find Halloween decorations and jingle bells and yarn and sand castle picture frame kits at 6:00am?

So, when I ran into the PTO Room Parent Coordinator at Target the other day, because of course I did, and she asked, “So, are you ready to be a first grade room parent?”

Her:  Surely you can’t be serious?

Me:  I am serious and don’t call me Shirley.  (This didn’t happen either, I just wish it had)  #Airplane

But I did say no.

It’s a hard pass for me Karen, but let me know if you need any muffins, or money.

View all posts by Jamie

1 thought on “Adventures in Room Parenting….”